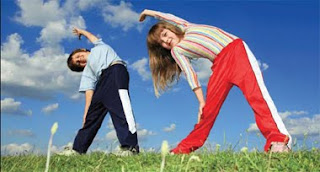 Let’s see….I have been so busy with the new workout routine along with school starting. Let’s start with the bike. I ordered the bike on a Saturday because my last ride was just so awful on the recumbent bike. I was hoping to get in before Tuesday that way I could actually ride it for my next bike workout. I did not get the bike on Tuesday, nor did I get the bike on Thursday for my next bike ride. Finally, on Friday I received my bike! I went to get it fit, brought it home, went on a short ride and then went on a 2 hour and 20 minute bike ride first thing Saturday morning.


On the short ride on Friday night it was a bit scary for me. I couldn’t seem to get my shoes in the pedals, the chain was making noises and I was afraid to ride over anything! Luckily Ryan came out and gave me a few pointers. I learned I need to be coasting to get the second foot in and with a bit of practice that seems to work. I also learned that the chain makes that noise when I need to shift gears, which is a whole new experience! And it’s okay to run over some things, just don’t slam on the breaks while I do it. Luckily, my first real bike ride turned out much better than my first stationary bike ride! No blood or missing skin.


Saturday was the time of truth. I was sent out on my own for a two and a half hour bike ride. With the few pointers from the night before I was sure I would be set. I was able to get my feet in the pedals! Score! Off to a good start.


Here are the chain of events that took place:


- A guy passes me. I slow down because I don’t want to go through the water puddle. I was going to let him pass and then miss the water puddle. He says to me, “It’s okay. Keep pedaling.” Ha. Could he tell I was new?


- The running trail and biking trail meet up together in some spots and then splits again. Well…I accidently went towards the running trail…twice. People looked at me like I was crazy. If they only knew how many times I had RAN that trail they would understand it is almost innate now.


- I kicked it up to the big gear half way through the ride, which I think might suppose to be pretty exciting.


- This women totally sized me up as I passed her. Granted I am sure people can tell I am new at this. As I passed her she watched me move through her zone. She looks at my pedals all the way to my helmet. No I don’t have clip in shoes, No I don’t have a bike jersey, No my helmet is not crazy expensive and Yes I just passed you.


- I fell in with a cycling group and rode with them for a few miles. I had no idea what any of the hand motions meant.


So all in all it was a great bike ride! I am ready for the next one.

Now onto school and the next project. School will be starting tomorrow! 28 little ones will be walking through my door at 8 a.m. As a part of some training that I went to this summer we have started a committee at our school called the Healthy School Initiative Committee. In our training it was about bringing agriculture into the school so that students can learn where their food comes from so that they may make healthy choices. Along with this whole campaign comes healthy lifestyles in general which includes getting active. Our two main goals for our school are to get students moving and eating healthy to put it into a broad spectrum. We have set particular goals, activities and ways to monitor the success of the program. I was very excited about this all as it is right up my alley of what I had tried to do last school year just on a larger scale. With that being said I was elected by the group to be the head of the committee. Right now I am trying to figure out how this whole Healthy School Initiative program could be my focus for this school year for the Endurance for Education program. Currently, I am brainstorming but will be making a decision very soon as we need to kick off the project!


Check back next Wednesday to see an update on how things are going!